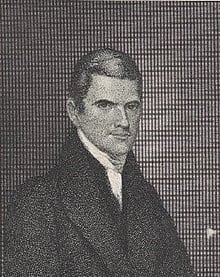 John Seys biography, was an American missionary who is known for his ministry in Liberia. Born in a wealthy family in West Indies, he accepted Christ as his personal savior through some Methodist missionaries. When God called him, he didn’t hesitate to commit himself to ministry, despite his family threatening to disown him. In association with Methodist Mission, John began laboring among the Oneida tribes in New York.

At that time, John received a letter from Bishop Hedding asking if he was interested to serve in Liberia. John was expected to fill up the position of Beveridge Cox, an American missionary who succumbed to African Fever.

At that time, African fever was causing many deaths among the missionaries in Africa. After much prayers, when John asked his wife for her opinion, she not only encouraged him but decided to accompany him to Africa.

As John was preparing to leave for Liberia, news of two more deaths of missionaries arrived. The church was in shock and Bishop Hedding decided to halt John’s appointment for the mission. But, John said, “ This is sad news, but this no time for our courage to fail us.” He refused to give up the mission to which he was sure that God has called him.

He arrived in Liberia in 1834 and began ministering among the locals. As the days passed, news of the deaths of several missionaries due to African fever did not shake his faith a bit. With hopeful courage, he preached Gospel and provided medical assistance to the sick. For the next 10 years, he established schools, dispensaries and was responsible for the social upliftment of the Liberian people.

The African fever didn’t spare John and his family. His wife and children succumbed to the fever and he himself had to return to America in 1844 due to extremely poor health. Later, he returned to Liberia in 1867 and worked till 1870, not only as a missionary but also as an American diplomat. John Seys went to be with the Lord in 1872.

Beloved, are you letting sad news influence your commitments to God?

Lord, believing that You who have called is faithful, help me to be committed in Your work. Amen!