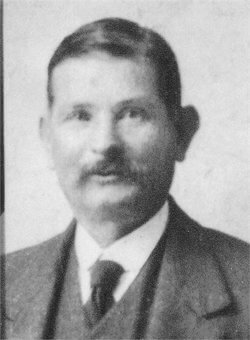 Lars Peter Larsen biography, In AD 303, Diocletian, a Roman emperor passed a law to burn all the Holy Bibles. Whoever owned a Bible were denied the basic rights and punished severely. The law, however, was unable to do away with the Bible or the passion that people had for it.

However, after two decades, Constantine I made efforts to rewrite the original scriptures in new scrolls. The Bibles which we have now are due to his great efforts and it could reach our hands, even in our own languages, due to the efforts and sacrifices of several men of God. Lars Peter Larsen had his share among them.

Rev. Larsen, who was born in Denmark, came to India through the Danish Mission Society in 1889 and served for no less than 40 years. he was an intellectual, a pietist, a liberal evangelical, and a Lutheran Christian.

He was a Tamil pundit as well as a multi-linguist. He also served as the principal of the United Theological College, Bangalore, where he taught Old Testament and comparative religion.

He insisted that his students should not mechanically learn so much theology but study it with understanding. He led the team which was formed to rectify the mistakes found in the Bower Version of the Tamil Bible and efforts were made to make the Tamil translation simple and clear.

This translation of the Tamil Bible was published in 1928. Though his translation was not accepted widely, his contribution in bringing out the hidden secrets of the Bible was immeasurable. Later, The Bible Society decided to create a new translation following the style of Bower version, while retaining the special elements that were present in Larsen’s translation.

Larsen was also a member of that group. This translation was completed in 1949. Although he was a man of many capabilities he walked humbly before God and men all through his life. Lars Peter Larsen biography

Beloved, what is your contribution in explaining the Bible clearly to others?

Take away from Article

“Lord! Use me to teach the people the secrets and principles of the Bible clearly, Amen!”

Check out the best deals in Amazon via amazon.in/shop/onewaytheonlyway #AmazonInfluencer